Our Theodore (Ted) passed this morning

Another sad day today. Ted, a rescued Tort Lop passed away this morning and we buried him next to Bonnie. A little bit about him--he was abandoned in a garaged of a foreclosed home and it was just by luck that he was found and brought to us. He was a typical rabbit--he was nosy, loved his treats and food and wasn't bothered by anything. We don't know how old he was for sure, but we're positive he was older than ten years. The last couple of years with us he really slowed down a lot and probably slept about 21 hours a day--I was jealous. We are going to miss you my big boy--binky free at the bridge:rip: 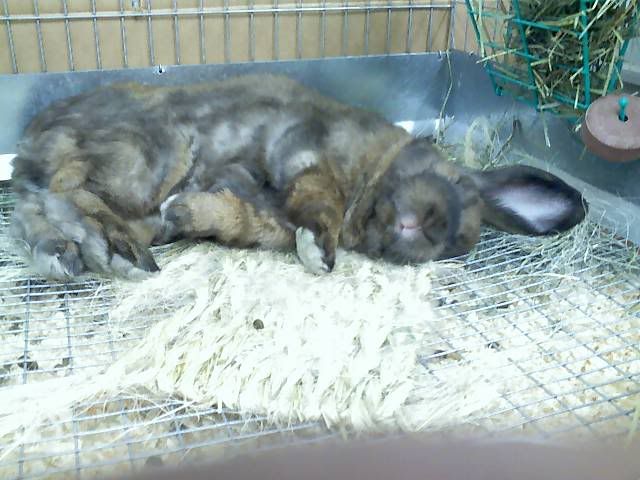 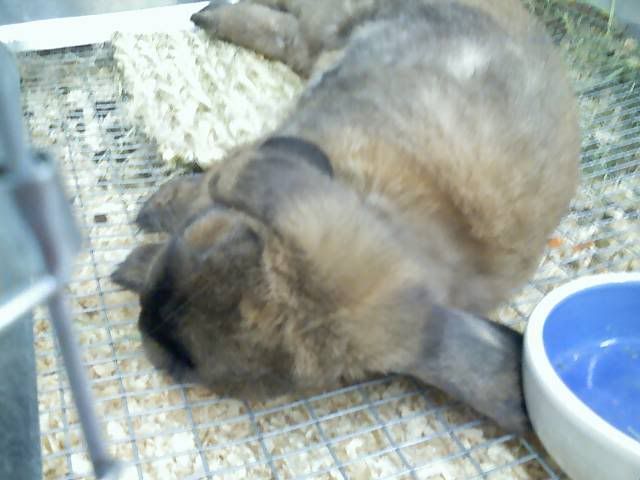 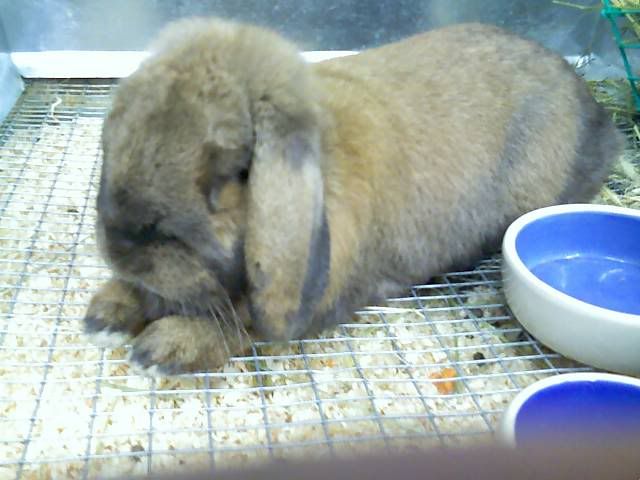 I am so sorry. He was a very handsome guy. I love the pic of him flopped out so comfortable! It sounds like he had a perfect life with you and was very lucky to find his way to your home. Binky free, Ted.

PS i hope you don't mind I embedded the pics in your post so we can see them w/o clicking on the links.

What a lucky bunny who gets to sleep 21 hours a day. You will be missed.

oh i am so sorry for your loss, how horrible to be left like that but how lucky of him to have found you for you to love him the rest of the time he had.

Ted please say hi to Sooty and givve him nose bonks from me,lol

sorry for you loss, it sounds like he had a lovely life with you.
Binky free Theodore :angelandbunny:

sorry for your loss what a cutie

So sorry to hear you lost such a handsome-looking guy. What beautiful pics of Ted. I am glad to hear that he knew a loving hand for the last few years of his life. He must have been one special bun to end up with such a special caregiver as yourself.

Binky-free Ted. You will be missed. :rainbow:

I am so sorry. What a beautiful boy he was, and so lucky that he got to spend his later years with love and care from you.

God Bless, Ted. You will be missed.

Oh Nancy, I'm so sorry to hear of Ted's passing. He was such a handsome bunny.

:rainbow:Binky-free, Ted! He sure was adorable! I'm so sorry for your loss.

So sorry. He looks like my baby Loki. It is eerie.

I'm sorry for your loss...Ted looked like such a sweet boy.

Thanks everybody. Yesterday was such a crappy day. I was just getting over a cold and now I have the flu, so having to bury him when I feel like "boiled crap" wasn't the easiest task I've had lately. Five years ago, when we first got him, Ted was pretty frisky--he would run all over in the rabbit room doing binkies and moving everything around. He was also a climber, so I had to redefine "rabbit proof" a couple of times. The funniest thing and the most unique thing he did was to "play fetch". We had a wicker ball with a bell in it. I would roll it across the floor and he would chase it, pick it up and bring it back and drop it by me so we could do it again. He's the only rabbit I've ever had that did that. He did love play with his toys and tossing them around too. But, I think his first love was cardboard boxes and paper bags. Goodbye my big boy, myself, Nancy and Daniel miss you a lot--till we meet again.

I'm sorry for your loss. He was such a beautiful boy!

Well, my big old man it's been almost a week. I keep expecting to look at your hutch and see you there sleeping like so many other times these last couple of years. Your out of pain and you can binky free now my big boy--I miss you so **** much.

I'm so sorry for your tremendous loss, Nancy. Theodore is gorgeous.

I am so sorry, what a handsome boy he was and sounds like he was a character too.

Thanks everyone--it's hard to believe that today is a month since our big boy passed. I still remember him playing fetch and all his other personal little quirks. It was funny going over to his his and making sure he was still breathing as he slept so much I was never sure. We love you and miss you and it's still not easy walking past your resting place buddy. Rest in peace my big boy.