Get to know each other game!

Nope--have an extensive collection of black and white "oldies". TPBM has seen "Night of the Lepus"

I Don’t even know what it is.

TPBM what breed is your rabbit

Storm is a French lop and Iris is a medium mixed breed.
Tpbm, do your buns have bottles or bowls?

Bowls. Its more natural for them

TPBM how old is your rabbit?

Our oldest was three weeks short of 19--the 2 with us now are 2 and 6. TPBM has several pets/friends.

I only have 1 pet (Nova) but i have lots of friends.

TPBM secretly goes on a device at night

I've no need to be secretive about it as i'm of legal age and renting alone atm. At home, my parents have stopped bugging so much when they see me on phone at 2am because if i just can't sleep i ain't gon' stare at the ceiling until sleep takes over, i tire my brain instead. Waking up at 9 is a bliss but getting sleepy later than 1am is really not as good as it sounds. Still, beats being forced to wake at 6 and get sleepy after 1am.

Tpbm, yay or nay to occasional bath relaxing (regardless of possibility; just the idea of it)?

TPBM has to deal with bunnies table flipping bowls.

Nope, all my bowls clip to the side of the enclosure.

TPBM do you ride horses? If so do you prefer English or Western? (I personally prefer Western)

Haha that sounds right about in my alley. My knees are terribly sensitive and lock when it's too cold. Though i'm even younger than you. So, granny gang, anyone?

CrazyChickenGirl said:
Nope, all my bowls clip to the side of the enclosure.

TPBM do you ride horses? If so do you prefer English or Western? (I personally prefer Western)
Click to expand...

No, I've only went once and that was for a B-day party. I would like to go more often though.

TPBM what is your favourite breed of rabbit?

TPBM what is your favorite breed of dog

I don't have a specific favorite, but as long as they are not high maintenance.

(I'm Still a tween so bare with me) Alexa and Katie. XD

TPBM Merry Christmas! or Happy Holidays! And What holiday throughout the whole year is your favourite?
B

Nope. I'm done messing with that. I only buy very large, heavy ceramic bowls that have no lip so the rabbits can't flip them. I have 32 rabbits right now, I ain't got the time to clean up all that spilled water lol (just recently I bought 10 more of these from walmart, they work okay although they are a bit pricey... I remember when you could buy a nice ceramic or glass water bowl from the dollar store) 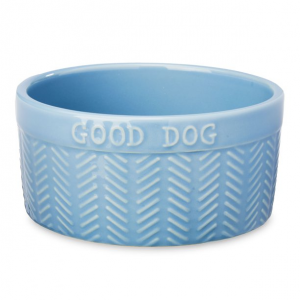 The person below me knows at least one programming language

Nope. Tried to learn, but it's become a little complicated after a while.

Nope, I’m not much of a gamer.