I adopted BunBun from my local shelter on March 12th of 2020. He was about 1 year and 2 months old when I got him. Ever since then, BunBun and I have been bonding and sharing life. The shelter told me that he was some kind of lop rabbit, but I didn't really care. He was just SOOOO cute. I found out later that he was some sort of lop mix. Here is some information about him and his house:

Name: BunBun - (The shelter named him that and I kept it because I liked it.)
Age: About 1 year and 3 months old now.
Breed: Some sort of Lop mix.
Personality: A little shy at first, but once you get to know him he's the sweetest little boy!
Sex: Male
Neutered: Yes
Overall health: Good (had some ear issues but that was all taken care of.)
Color: White
Housing color: Mostly brown.....but you'll see when I post a picture later.
How many "floors"? Two. He gets let out to play just about everyday though.
Active rabbit? Sort of. Likes to run around once in a while.
Favorite treats: Carrot and banana
Other questions? Please post below!

In this thread I will update almost daily about "BunBun....The Rabbit"'s life.

Thanks for stopping by! 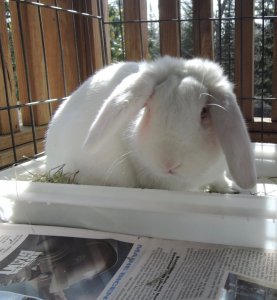 Thank you so much.

Today BunBun and I had a regular day. We played a little, he had meals, and he did all his other stuff during the day like sleeping in the sun and cleaning himself.

I've been looking for recipes for rabbit cookies/treats, and I found this one.
Homemade Rabbit Cookies
I'm planning on making it sometime in the next few days. 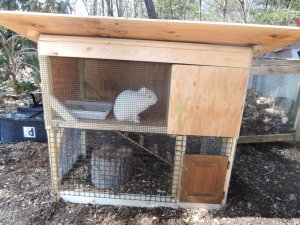 Note: This picture was taken about a month ago.

Can we hear more about Bunbun?

Our first rabbit was named Commander Bun-Bun. Got the name from "The Drew Carey Show". Funny, it confused a lot of people as our Commander was a female. Got to call a lot of people "sexist" after assuming the name implied male gender. My wife says I'm mean!

OreoTheMiniLop said:
Can we hear more about Bunbun?
Click to expand...

Sure! Sorry for not updating this thread. BunBun is doing well. He is still happy and heathy.
Here are some pics of him. I will post more about him later when I have more time.

I also need to get more updated pictures. These are from a few months ago. 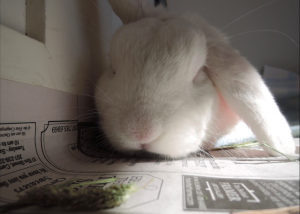 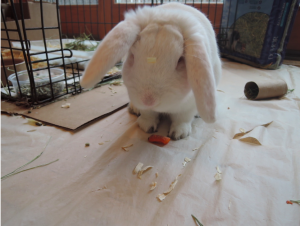 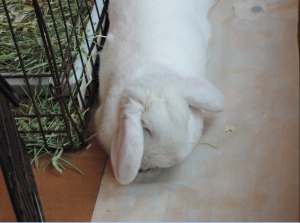 Sorry that I did not update sooner.