In March of 2008, Zin (GoinBacktoCali) went to the TSC in her area after Easter and found a rabbit that she HAD to take home. The rabbit had a broken leg and she took him home and got him back to health. She wound up naming him Ske-doosh and he became a heart bunny.

The problem was...I fell in love with him too. In her thread about him - I joked about him coming here....but as it turns out - I was right.....He WAS destined to come here...just now - not way back then.

Here are pictures of Ske-doosh the day she brought him home from TSC... 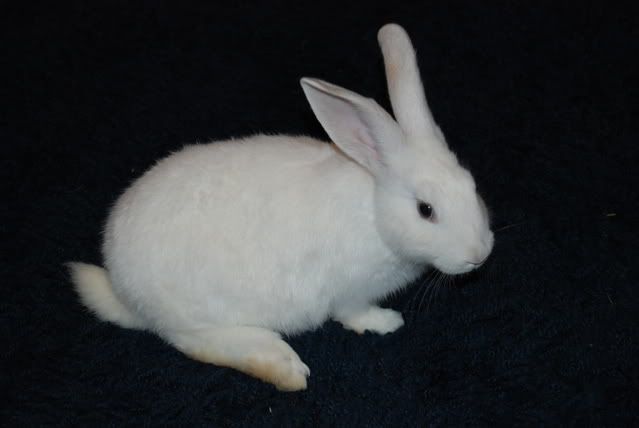 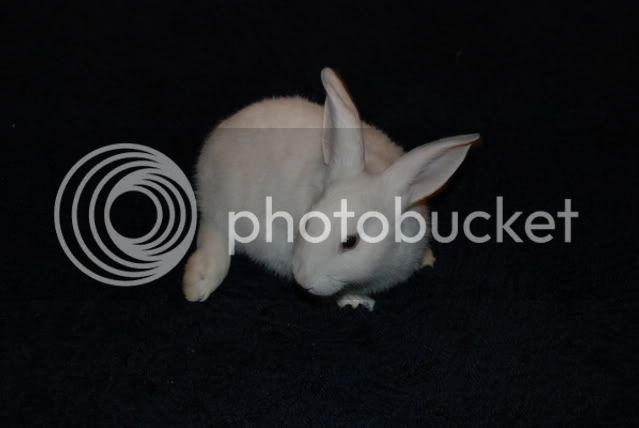 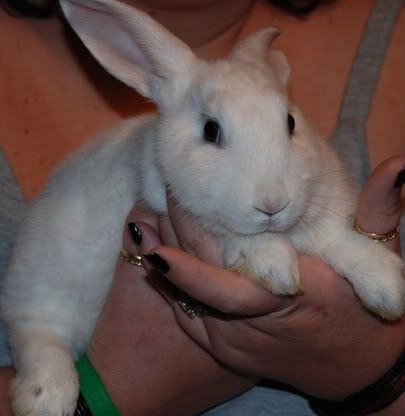 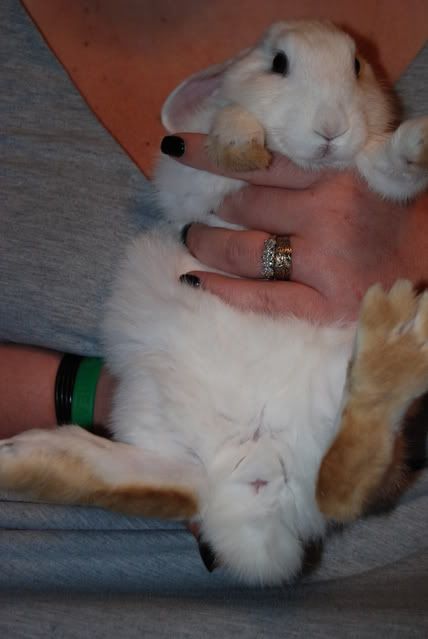 [/align]
And here are some photos of him after he healed up and was playing outside one day a couple of months later. 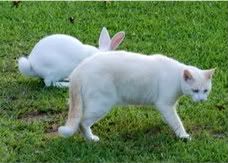 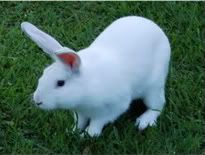 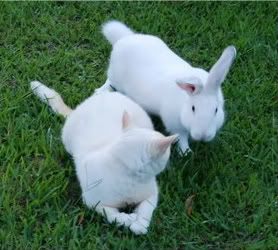 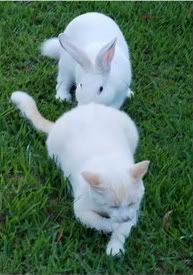 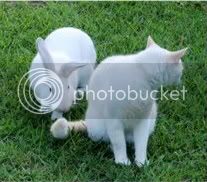 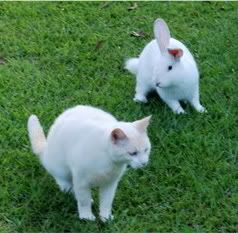 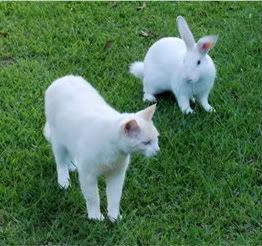 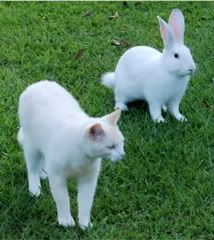 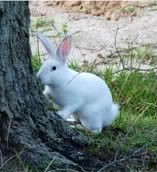 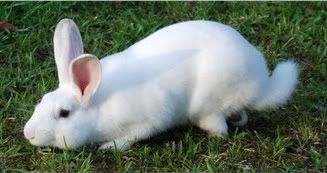 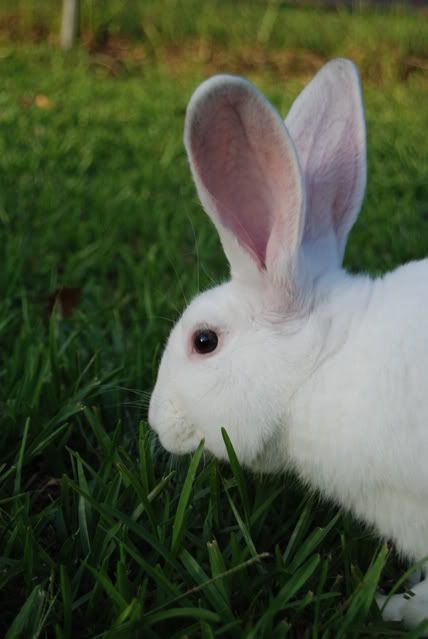 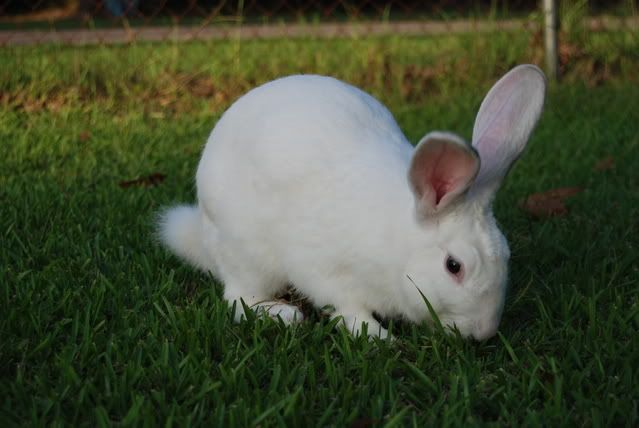 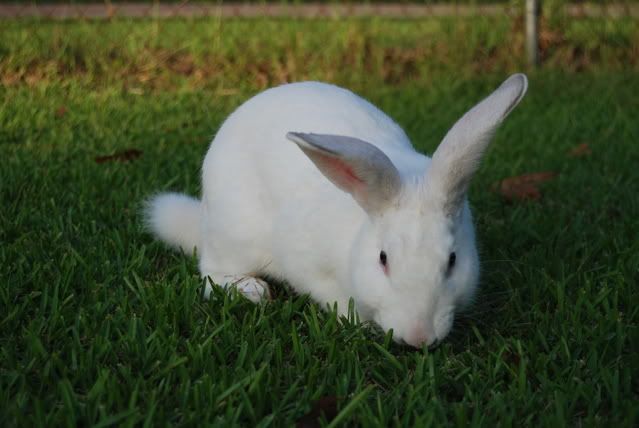 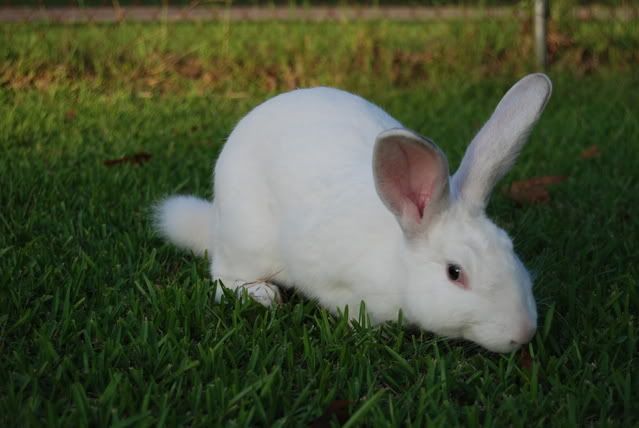 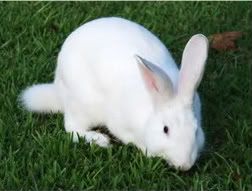 [align=left]I can't share current photos because he is currently somewhere between San Antonio and here....in the van with Art & Robin.

Congrats! He is a beautiful bunny!

He's eating and drinking and pooping and peeing and grooming himself and flirting with the girls through the bars of the pen (right beside me) and he almost binkied.

He looks just like a younger and smaller Zeus!

This must be so exciting for you! I'm glad to here he's doing well too, he's such a beautiful boy!

I have to admit - I have been in love with this bunny since the first time I saw his pictures and heard his story.

For those who don't know - he had a broken leg and the store was going to "dispose" of him after closing.....but Zin rescued him.

I am sitting here watching him and my eyes are tearing up. Good lord he reminds me of Zeus....in his face and some of his mannerisms.

I can tell I'm gonna love him a lot.

Ever since I knew I was getting him - I've been counting down the days...and trying so hard to not get disappointed if it didn't work out. I even burst into tears when I found out that Art & Robin had him...tears of joy.

That is awesome Peg! So very happy for you!

This makes me cry.Both because I kinda forgot the nuances of his story..and because I didnt know Peg felt that way about him.

I'm glad he went to someone who will really love him.

Well, after being out here with us for a while - Ske-doosh just got tucked into his new "bed" (aka cage) for the night. I held him for a few minutes and told him the story of how God sent Zin to rescue him almost three years ago - but how I loved him even then (I remember feeling bad that Zeus and I weren't getting along well and I was wanting Ske-doosh because I loved him so much after hearing his story).

He is now eating his food and he seems fairly happy.

It amazes me just how much like Zeus he is. For one thing - he has one ear that he hangs down a lot - the SAME ear as Zeus.

I tried to give him apple-flavored ivermectin (I do this whenever any rabbit enters the house as a precaution - unless it is a baby) - and he turned away from it - just like Zeus and gave the same sorta "nuh uh" expression as he buried his face into my shoulder.

At one point while he was out here - he sorta sighed and pancaked and it was just the same way Zeus does....he has this thing he normally does that is hard to explain but my others don't pancake quite the same way.

Sometimes I look at Ske's eyes...and I think I see an "old soul" in there (versus Zeus who is a BRAT).

Robin says its almost like Zeus time-traveled from when he was younger (and smaller) to come be with us at a younger age.

I will take photos later this week - I really want to give him a bit of time to adjust to us and get used to us handling him.

By the way - Zeus is still my "heart bunny" (as is Tiny and others I've had and still have). But I found that my heart grew just a bit bigger to let Ske-doosh in...

I remember him :biggrin:Glad you got him! He's just so cute. Zin, youhave got to update us again. It's been too long