I'm pretty sad right now but I don't want them to die in vain.

Our family recently got 2 bunnies, I'm not able to determine there age but I'll have a photo for reference.

We had them raised in my sisters room (who owns them) for a few days, then we managed to find a pretty nice hutch for them and they really enjoyed living in it. They enjoyed eating the grass so much we joked that we might not even need to mow the lawn anymore.

For reference: Lily (White One) Muffin (Brown One)

I guess I'll start with this morning, since I live around bush fires it's been pretty smokey, today was pretty bad, visibility was poor but not so poor to cause respiratory distress, it was pretty much smokey through out the day and they didn't seem to be suffering or even symptomatic of anything. Lily was pretty playful as always.

At around 3pm someone checked on the rabbits, muffin was dead on the scene iirc, as for Lily she was described as "being semi-paralysed" we quickly rushed them to the vets, Muffin couldn't be resuscitated, as for Lily it was found her body temperature was very low (we where kinda in a heat wave, I think it peaked today 27C) the vet unfortunately didn't have much experience with rabbits, but from what me and her could gather it was like the central nervous system was shutting down, kinda like a toxin.

They attempted to cure Lily but after an hour they put her down cause she was suffering too much.

I have good hearing and can always tell when somethings wrong with an animal, but I didn't hear a single squeal or notice anything.

I tried to do some research but I couldn't find any information on smoke toxicology in rabbits, and although it was really smokey air quality seemed just fine. They had access to food and water and where very happy to eat last time I saw them. (smoke conditions where bad for at least 8 hours, they didn't seem to suffer at all in that time so I'm just gonna have to cross that one out)

The only other clue I have is our families previous experience, we had a rabbit about 12 years ago but I was young so I can't remember it well but here's a quick summary. He was a free range rabbit that we had for years, he primarily lived out doors, one day we just found him dead, apparently they where native australian violets in his mouth, however he would of been exposed to it for years, and it can't kill a rabbit that quickly (It doesn't even seem to be toxic to rabbits at all from what I tried to find)

edit: Forgot to meantion, these rabbits where given to us by a friend, I think they're just casual breeders but I'm pretty sure they haven't been vaccinated or anything 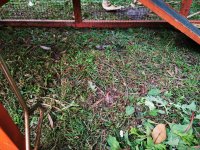 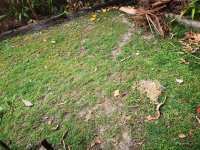 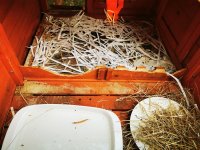 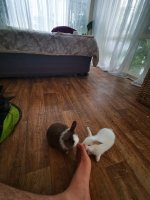 I'm sure this is probably due to negligence, but they were my sisters and she kinda got them on the spot one day, I had some what of an idea that rabbits are really delicate creatures, I even scolded my family for using non-clumping clay/having a diet without hay. We only had them for less than a week but I spent a lot of time with them making sure they where happy, I think I bonded with them/earned their trust within 2 days, which is a time record I haven't even gotten close to with any other species of animals. I just didn't know enough to save them.

Half the time we had them I was explaining how you can't neglect them to her, and her response being "well they're my rabits" even though it's expert advice.

I wasn't even supposed to look after them, I just wanted to make sure they where safe.

Sorry for your loss.

They look young and food changes can mess up their gut.

Myself had a close call when my bunny was a kit and that was only a change of pellets. They are extremely sensitive to what they eat.

Did your family slowly introduce them to eating greens and grass, was they used with it before. is it only safe plants growing in the hutch and around.

How warm is it outside and do you have predators in the area, that can have frightened them?

There’s quite a lot to think about when a bunny live outside.