I used to have a goat Mac

I think she may be mixed with another breed as she is bigger than just a mini lop they had other rabbits that were larger so I’m not sure. Not sure of their breed either…

dogwoodblossoms said:
Just remember she may just be a large rabbit for her breed, she might not be overweight

Here’s a then and now of one of my babies (she’s going to her new home next week, it’s so bittersweet 🥲)

When we first got Xiao Wu about 5 months ago.... She was already almost fully grown when we adopted her from the local shelter. She was about 4-5 months old at the time. Not 6 months as the shelter assumed. Because she was so thin when we got her, telling her age was not easy. 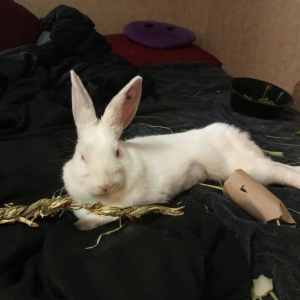 Her now, just a few days ago... But look! She's so happy. She's so curious, and ever so demanding, too. >.> Literally. I love this rabbit. 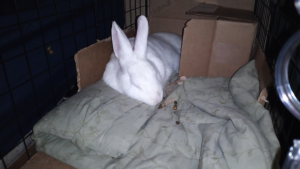 Now for my first baby, TU'ER SHEN!!!! This is an image of him when we first got him from a breeder. This was back in January near the end of the month. He was only 2 months old then. 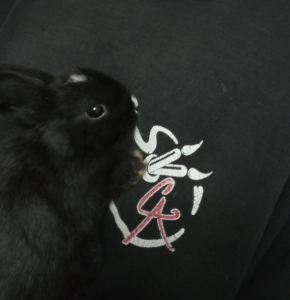 Here he is now, in a box tower, just the other day. Was telling a friend about how they "bunny scope" to look at something and Shen displayed it so nicely as an example. 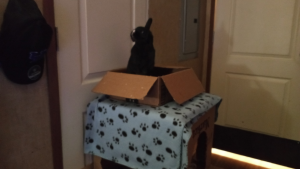 Krispy and Kreme back then: 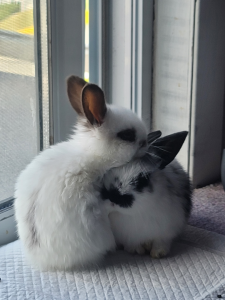 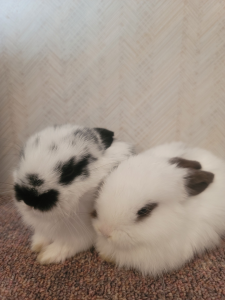 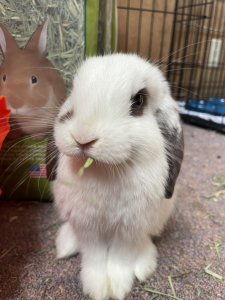 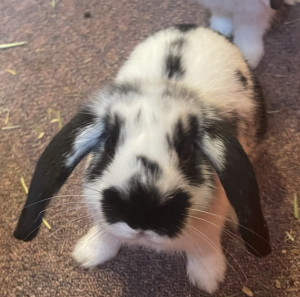 I found out that emmi is a French lop mini lop mix. So she will be on the bigger side. I think I might up her food from 1/4 cup to half cup because of the fact that she could potentially be up to 10 pounds.

Button said:
So I measured that out (the three cups) and it looks like ALOT. Since she is between 6-8 pounds I’m going to up it to 3/4 cup a day for now and add more if needed. It just seems like her dew lap is really big. Should I be worried about that??
Click to expand...

If the dewlap is mainly skin, then it's fine but if it's fat then it's a sign of her being overweight.
Pellets aren't really necessary for a bun's diet so feeding her the same amount is fine unless you're breeding.

Please stick to the thread topic and move non related conversation to a separate appropriate thread.

Agreed, I came her to see adorable pictures! 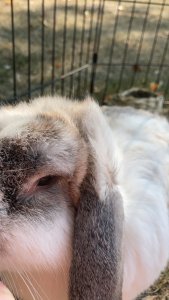 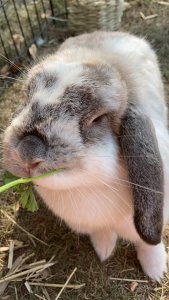 here’s a couple of recent pictures.I think I am spoiling her to much because I fed her some veggies by hand and now she won’t eat them out of her bowl. I have to sit and feed her.

fist photo she is giving me the stink eye because I wasn’t feeding her and taking pictures of her.

Everyone’s animals are so cute!
Here is Theo then (I dont have really good pictures of him as a baby) and now