@HJ :) Myself have still not eaten anything with added sugar or any sweets. So I’ve been keeping my diet part. Which is hard when my parents and little brother buy cookies, desserts, chocolate, chips and so on and eat it in front of me.

What I have a hard time is skipping potatoes, white rice, pasta, noodles and soya products. I’m not supposed to eat anything from the ocean, so no fish, seaweeds, it have to have no gluten and no milk products except coconut milk and the list go on. I’m going crazy coming up what to cook and make. When a big part of my diet have always had rice and soya. I can’t even eat tofu because it’s made of soya beans

I truly want to force the “nature doctor” to try eating the same bloody restricted diet she told my mom. Even the common spices I use for my food I can’t use.

But it’s only one week and two months until I can skip the restrictions. So I’m just counting down the days until I can eat whatever I want

Hermelin said:
@HJ :)
What I have a hard time is skipping potatoes, white rice, pasta, noodles and soya products. I’m not supposed to eat anything from the ocean, so no fish, seaweeds, it have to have no gluten and no milk products except coconut milk and the list go on.
Click to expand...

If that was taken out of my diet i would die! That's almost all I eat!

@Hermelin what diet are you on?

She gave a list on all the things I’m not supposed to eat. I’m just going with it to respect my mothers belief. Also because I still live at home while studying at university, it’s unnecessary to start any arguments over a small thing.

@Oceanie it can be nutritional as long I make sure to have a variety and exchange rice with quinoa, sorghum, lenses and beans. I’m just also a picky eater that can feel nasuea when the texture of the food aren’t my thing. Is not like I’m stuck in box of food, I just need to think outside and find new recipe of food.

So myself is trying to have a variety of the vegetables and changing everything up. I can still eat chicken and lamb as meat but only eat it once or twice in a week for my meal. The rest I would classify it as fully vegan food.
Z

Trying not to smile

Yeah, keeping diets sure is a hard thing when something is so tempting right under your nose. @Hermelin that is literally almost 3/4 of our menu, i could not imagine how you can still keep going! What does one of your daily meal plans look like? A big bunch of veggies that you normally would feed your bunnies and peas by the side?
I would literally crumble apart if i were to survive on that. I'm also a picky eater and what i don't like is what's generally reccommended in diets- olives, peas, beans, bell peppers, all other peppers, pumpkins/squashes, zucchinis, eggplants, mushrooms, avocados, spinach, ruccola, ewwwwh so many things!
I mostly feed off of cucumbers, tomatoes, grapes, bananas and romaine/greenleaf/frillice lettuces if we have them. (Fruits and vegs department)
I can already imagine how hard life would become if a doctor were to actually give me a diet plan... i'd want to try it out though. Actually i wish that the doc gave my whole family a diet, then it would mean no more beer and tobacco and vodka for them!

@Catlyn for example breakfast oatmeal, lunch a kale salad with quinoa and dinner tomato soup with gluten free bread. For snacks it can be mango or a banana always some fruits.

That can be a day for me. I can perfectly understand wanting your family to try a new diet

We finally had the rearrangement today- that stupid brown couch got removed, so i could move Lümi's base to where the couch was, meaning that now it has more of an open plan to it. Yey!

Today i slept. And slept.

Today I drove out to my friends cabin and spending a few days near the ocean. The water was surprisingly warm but as usually you truly need to jump into the water to skip the feeling of cooling down. Me and my friends made sure to keep a safe distance to other people but it was really fun today. Right now I’m studying epidemiology while listening to the artist Paellas. 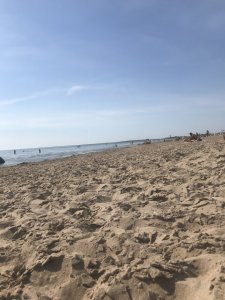 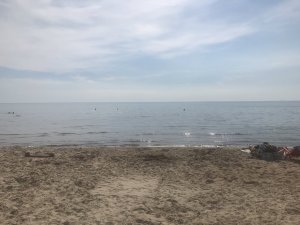 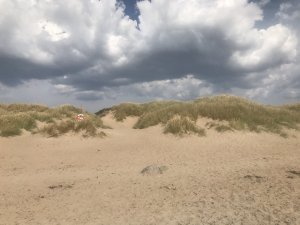 Today I’ve been fixing my friends birthday gift, I can share pictures if you want. The whole gift is cat themed with black & white theme. I also brushed Odin and Toste, both are going through a heavy molting. Odin as usually got naked spots. Toste was being an ass when I tried to get him. He’s spending his time in the outdoor cage right now. Because my parents got mad at him for molting and destroyed a par of my moms new shoes. The shoes was in the way because they was in front his beloved shoe shelf. But he’s still happy and will do zoomies and binkies.

When I tried to get him from the outdoor cage, he was running around in the run. He did binkys and jumped away from me while I tried to bribe with dried apples bits. When I was close to pet him, he turned and growled while punched with his front paws. He was tired of me following him around in the run. But I managed to bribe him over, so he accepted my pets and I could calmly pick him up. Toste have always been a bunny that tells his dislikes and when he don’t want something. Didn’t take any pictures of him today because I had to focus on him not escaping and not get a grumpy boy

Today I got Odins new two harnesses and one leash, both harness are fitted after Odins own size and they are perfect. Toste had a taste on Odins harness, so it broke. The green colour truly suit Odins fur and I love studio ghibli, so of course I go with that team (totoro)

The one with white base is the first harness I’ve ever had in that model. I’ll have to see how it works. I did a bit of research of the harness model. What I’ve read the model is supposed to put less pressure on the neck than any normal harness but bunnies can easily escape them if they want. I trust Odin and he can jump without harness, but it’s better with harness and leash when I leave the yard.

The back is supposed to be 5,5 cm but myself like it to be a little further back on Odin. While the neck and stomach size is when I can fit two fingers between the harness and him.

@Hermelin Where did you get the harness? Its So cute with the Totoro faces (fellow Studio Ghibli fan).

HJ :) said:
@Hermelin Where did you get the harness? Its So cute with the Totoro faces (fellow Studio Ghibli fan).
Click to expand...

I got mine from a person that makes harness from scratch in sweden but she only ship within europe.

It’s quite common with harness makers in sweden. So you can pick and choice what you want and how the harness should look like from different material they have

It’s quite popular among rabbits owner to buy customized harness instead from pet shops.

Today I am trying to figure out how to type without moving one wrist, because last night Oreo bit me. When she bit me I jerked my hand away and it hit the wall and bent backwards, so now my hand will be wrapped for the next two or three days.

HJ :) said:
Today I am trying to figure out how to type without moving one wrist, because last night Oreo bit me. When she bit me I jerked my hand away and it hit the wall and bent backwards, so now my hand will be wrapped for the next two or three days.
Click to expand...

I started school again today. I thought I'd be doing homeschool this year but I'm going to have to wait a couple months to be able to do it. I had my first live class with my public school today and it was okay I guess. The teacher seemed nice, and she let us show our pets on camera- except I'm too camera-shy to actually show my face for more than 2 minutes. One of the guys in my class looks like my friend's little brother, but older.