Hello! My male rabbit Benny has some scabs in his ears and he is scratching them quite a bit. I know some about ear mites but they are typically on the inside of the ear and these are on the outside so i’m quite confused. Thanks in advance! 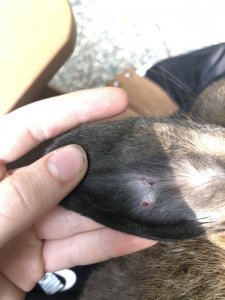 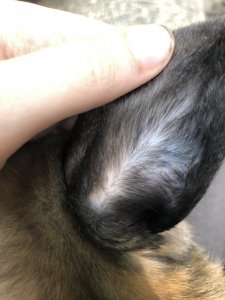 Hi, I'm fairly new to rabbit motherhood but what I would say is have u checked your rabbits nails as my cat hurts herself around her face when her nails get too long. Just an idea to consider along with other ideas. I've been watching mine scratch around her ears as well, and I'm getting worried. I know with ear mites they tend to shake their ears as tho their are things in them and it can leave black gunky stuff. Good luck, I'll be watching for replies also!!