Ringworm or something else?

Hi, I’m new to this forum and this is my first rabbit. She is free roam but she hasn’t been outside in seven months. Lately I’ve been noticing itchy dark flaky patches on her ears with bald patches and yellow crust in the corners of her mouth. She’s eating, drinking, and playing normally. My vet says she has ringworm but I don’t think she did a culture or anything. She did say there’s definitely no fleas or mites.

I want a second opinion mostly because I’m curious as to why I haven’t gotten ringworm from her. She’s constantly in my room and bed. I cleaned everything but that doesn’t stop her from scratching herself all over the room It’s been about two weeks.
Her ear patches don’t show up on camera but I have a before and after of her mouth. I feel so bad for my baby

It could be ringworm. It could also be rabbit syphilis, which can present as this type of mouth-focused fur loss. Rabbit syphilis can be contracted from birth, and rabbits can by asymptomatic of it for long periods of time.

I actually have a rabbit who had ringworm and then once we treated it, we thought it "came back", but it was actually syphilis symptoms instead (we tested for it because it was not acting/reacting like his previous ringworm was). That being said, this was just his case and ringworm does not cause syphilis or anything--- just a coincidence. As a result though, the picture that you show looks very familiar to me (him sleeping way back when): 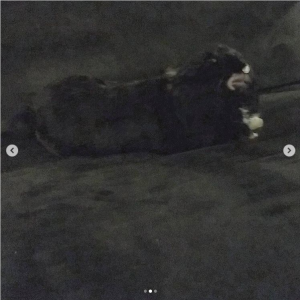 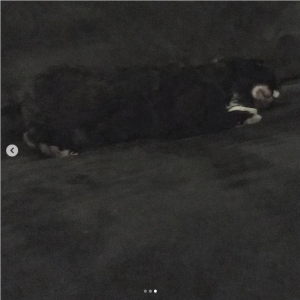 Personally myself nor my partner contracted ringworm while my rabbit had it. My understanding is in some cases (no idea if it's minority or majority) immune systems can be strong enough to fight off ringworm. I believe this is also why younger/older rabbits are more likely to contract ringworm, since their immune systems are not as robust. I've been told that ringworm spores can live in the right environments for a year or more, so I feel like if it was a guaranteed "you are in contact, you get it", so many more people would have ringworm symptoms than in reality. That being said, taking the necessary precautions wouldn't hurt either!

Awww what a cute bun!! I saw that rabbit syphilis is curable but it looks scary enough that I’ll keep watching her face and call the vet if I see anything :/ Thank you for letting me know!
I got her from a pet store (I will never do that again) and she had snuffles while she was there, so I wouldn’t be surprised if she caught anything else from being there

I think the vet may be right about it being ringworm, because of the itchiness and fur patches on the ears, particularly if there is a circular pattern of fur loss. But like John Wick mentioned, rabbit syphilis is a possibility. If your rabbits skin condition doesn't respond to the fungal meds, then likely it's syphilis.

You can look at the photos in these links and see if your rabbits condition looks more like one or the other. Fungal dermatitis/ringworm can affect the rest of the body and the ears, and will likely cause itchiness. Syphilis will be concentrated around the eyes, nose, mouth, and/or genitals, may have more of a white crusty exudate, and is less likely to cause excessive itchiness.