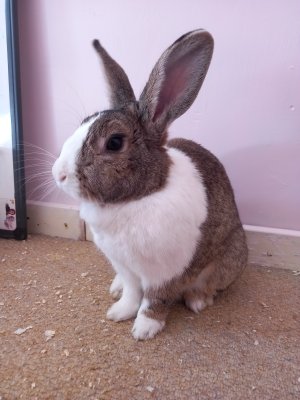 Next is Candyfloss! Candyfloss is a (suspected) Gotland bunny, probably a mix too, and she is very pretty! She just got spayed yesterday so she's living in my room right now and Jeff is outside but when she's all recovered we will return her to her origional space. She lives with Angel (she's the dominant one lol) and they groom eachother regularly. Since she's just been spayed they've been separated but we still have 'meetings' where we bring Angel to my room to spend some time together. 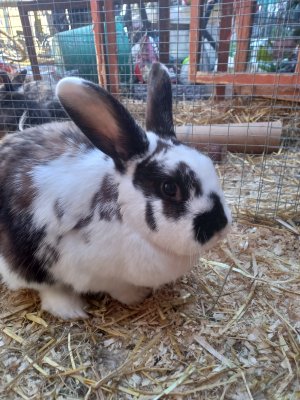 Next up is Angel! Angel is such a sweet boy (we originally thought he was a girl) he loves cuddles and lots of attention . Our cat actually brought him too us and we rescued him (he was so tiny)! We tried to find his owners but no-one was looking for him so my running theory is that he got dumped and my cat saw him as an easy target although the kitty was very gentle when carrying him so maybe a baby? But I doubt it. Anyway, he is a lop and is probably a mix (not sure what of) but he's very cute! 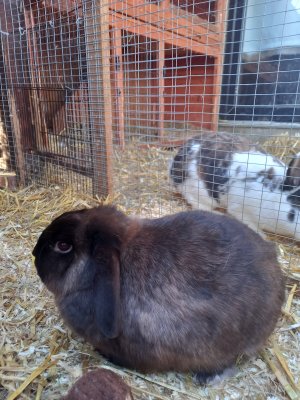 Last but not least, Cookie! Cookie has a harlequin coat but is very mixed and inbread. We rescued him from a family who had gotten two rabbits (a girl and a boy) and ended up with more bunnies than they could handle. He isn't very affectionate but when we first got him we paired him successfully with Angel but then we introduced the other two and they split up. Because Cookie was the dominant one Angel got badly injured when they fought so we separated them for good. We them paired him successfully with Candyfloss but he wouldn't let her get any food and was very 'controlling'. For instance he would guard her and he wouldn't let her move. After a while of hand feeding Candyfloss separately, we decided to split them. Now he lives in a pen directly next to Candyfloss and Angel so he still has some company. He is also very pretty! 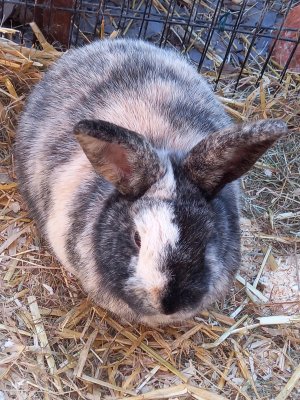 Thanks so much for reading! Also, most of these images are old so in the background you might see their old pairings and areas. The outside bunnies have lots and lots of space and are covered so that no predators can get in ♡.
Last edited: Aug 12, 2022

The time limit to edit expired before I could check for errors so I'm so sorry if there are any spelling mistakes or any missing punctuation. Also it's repeated the first paragraph twice and I can't go back to delete it so I'm so sorry if it's difficult to read .

Some more images of my babies! Angel and Candyfloss. 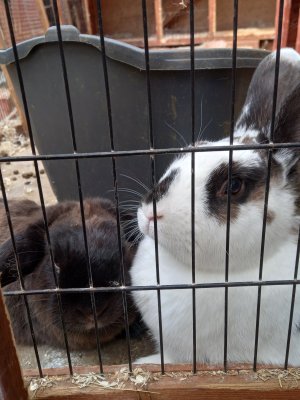 Their enclosure. This is when we first set it up so now it has lots of hay on the ground . 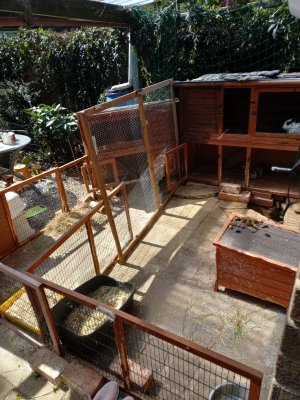 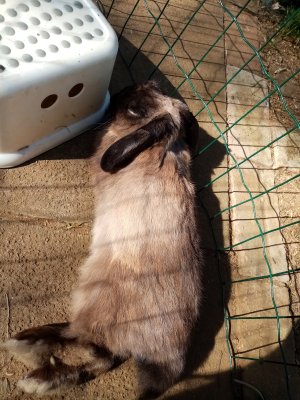 So cute! Welcome to the forum!

Very cute and welcome to the forum--keep in mind that any mistakes in grammar or spelling here won't matter in 100 years--possibly sooner. My biggest promblen is I get typing too fast and make some mistakes I don't always spot. When I was going for my 1st PHD, all typed copies had to perfect and on Non erasable paper--one mistake meant the whole page was a do-over. I was pretty good but my Uncle made me look very slow--he was a teletype operator for MacArthur in WW2 and then for Lockheed and NASA.