Is My Bunny The Color I Thought?

I have a buck named Stormy, we got him off Craigslist as a baby from a huge rabbitry. He is a purebred Holland Lop and is part of my super small rabbitry (only four rabbits). Ok, so I'm pretty sure he is a Blue Point in coloring but wanted to see what you guys think. He isn't pedigreed.

Facts about Stormy, that could help determine his coloring:

- When paired with a Blue Tort they all had Blue Point and Blue Tort babies (with the reception of one litter where they had I believe the baby was a Smoke Pearl).

- When paired with a Chestnut VM they had both dilute and dominate colored babies (colors include: orange, cream, chestnut, opal, black, cream harlequin, and orange harlequin. (the harlequins are from mom's side, her pedigree has a lot of Harlequins and Bews).

- I recall (but am not totally sure) his breeders mentioned something about his parents being black and maybe Blue Tort?

- As you will see in the pictures, he is very smutty in coloring (especially in the summer). He was lighter when we first got him.

Maybe this is ridiculous, but I just wanted to see what you guys think 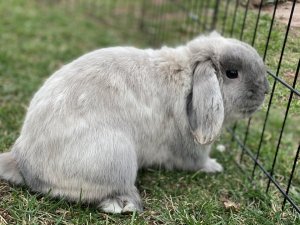 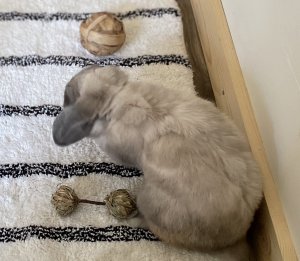 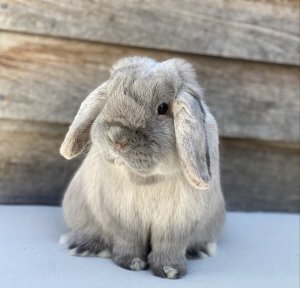 Stormy's son, I think a Smoke Pearl in coloring: 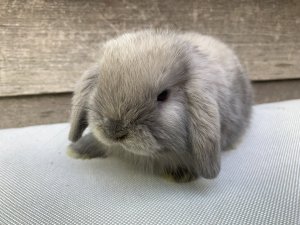 I’m not very familiar with Holland Lops or the shaded variety so I did some quick research and Stormy IS a Blue Point.
This is the website I looked at for reference:
HL Colors: Shaded Group
Stormy is a very pretty little bun!

Thanks for your help!

Do you know how I could have gotten a Sable Point out of a Blue Tort and a Blue Point? Here are a few other pictures of Stormy's son... He almost had ticking but I'm not sure how that could have happened

He looked like a Blue Point when he was really little and gradually got darker. 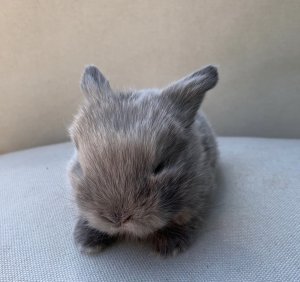 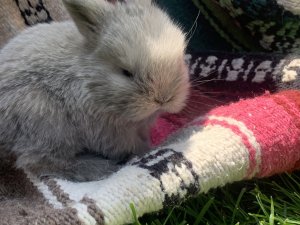 Oops I didn't see what those parents are
I'd say he was a just a really dark blue point instead then
A smoke pearl would also be impossible out of that pair, as both parents are non-extension