Today Embla got her claws trimmed at the petshop, the person that helped me trim her nails was scared of Embla. Because she thought Embla would bite her.

We can say I got a small wound on the lip after Embla tried to get away and she scratched me. But I later managed to get a better steady hold. So she was still and it was easier to trim her nails.

When we got home she binky on the bed, so she wasn’t that traumatized. I just think she thought it was scary to be held 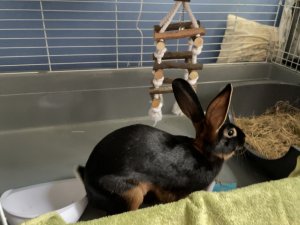 Time to clean everything and take care of all the bowls, a bit hard having Embla jumping into the cage all the time to check what I’m doing

While we are also doing a process with Embla, she now always reacts to her name and she sleep so deep. I can see her daily cute yawns. I’m planning to try capturing it with a picture or video. 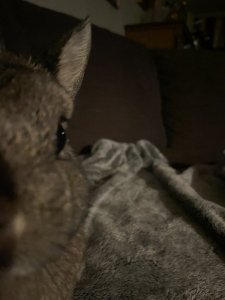 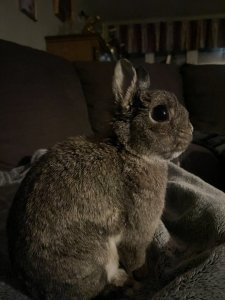 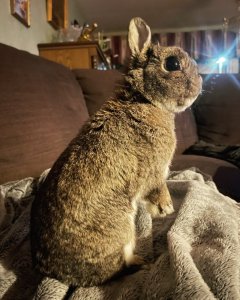 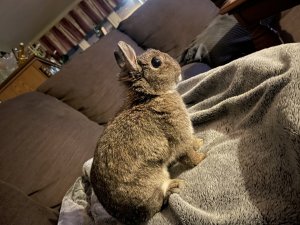 Hermelin said:
I’m just going to post about my bunnies and their life. I will post when I have the energy, which will be quite random

As a few already know I’ve gotten my new bunny Embla. She’s 4.5month old and a tan belgian hare. I just want to hug and cuddle her but she’s still new and need time to settle down.

Today she discovered a garbage bag which was a really scary thing. She ran and hid in the small hide house but I waited until she came out. It just took a few seconds and Embla went forward to investigate the scary garbage bag. I later moved the bag and made sounds, to let her get use to it a little and she reacted very well.

So it’s truly a brave little girl that’s really curious and forward. While the dust pan and brush was something fun to tip and chew.

Embla stomach have gotten better during the day but it still not there yet. But at least she’s not giving me the scare as Odin did as a kit and she have a great appetite.

View attachment 51005
I haven’t seen any urine spot anywhere in the cage which is a total suprise because she’s not litter trained. But she’s using the litter box perfectly except spreading her droppings everywhere. It’s more droppings outside the litter box than in it.

While Today I cleaned Toste ears, I noticed he have gotten a wax build up again. So I will need to clean it tomorrow and I also need to trim Odins nails but also Embla nails need to be trimmed

Maybe I will wait trimming Embla until my little brother comes back home. She will struggle and I would rather I hold her while another person trim until she get used to be handled.

Baby girl Embla, she will grow a bit more

I have the trouble with Embla stepping into the water bowl, dipping her bum into it and also her putting toys into the bowl. She’s not used using a water bowl but maybe she will learn to not put the paws into the bowl. She don’t even care her paws get wet, if Odin get his paw wet he will act like he have touched something disgusting

Maybe try putting her water dish up higher? Set it on another upside down dish and twist tie it to the cage?

Hermelin said:
Embla picked up litter training fast and she have been using the litter box every day since monday. No accidents up on my bed or in the room. But she’s still not in her teenage period, so it will change later. This will be my third bunny I will have to go through their hormonal period

She love chewing things and it’s quite a happy girl. Next Wednesday I will take her to the vet and check her. Because right now I’m wiping up snot from her after she sneeze. I can touch her and she will accept me feeling her stomach and I can give kisses to her. When I say come Embla, a shy girl will stick her head out from under my bed

Toste had wax problems but after cleaning his ears more regularly and the swelling went down again. He’s such a good boy letting me to handle him without struggling, even though it can hurt a bit if he get swollen. But I always make sure he gets a lot of treats after I’m done.
View attachment 51092

While Odin have been trying his best to get into my room during night. You should totally see him when I go to bed, he run full speed to my bedroom and I need to pick him up and place him in the kitchen. Then he will stands on his back legs looking through the glass of the door. His big eyes staring at me makes my heart soften for him

How sweet!! You have gorgeous bunnies!! Looking at his adorable lil face is like looking at my D'jango.

Shawnna said:
She is sooooooooooooooo pretty!!! I love her! She looks super soft!

Maybe try putting her water dish up higher? Set it on another upside down dish and twist tie it to the cage?
Click to expand...

She have a hanging bowl now, this crazy girl that love standing in the bowl and she is quite smooth when you pet her.


Shawnna said:
How sweet!! You have gorgeous bunnies!! Looking at his adorable lil face is like looking at my D'jango.
Click to expand...

Thanks, D’jango looked a lot like a netherland dwarf. He reminds me of my previous boy I had which was a black mixed breed nethie/holland lop but he mostly looked like a larger netherland dwarf

Today I trimmed Embla and Odins claws, we can say it went a lot easier with Embla than the first time. She was such a good girl letting my little brother hold her and later we switched because my brother truly don’t have a good way to hold bunnies

It was also Embla first time exploring the kitchen today.

While myself also took a walk around the lake with my little brother. 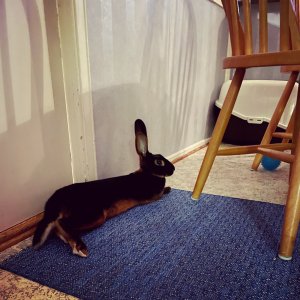 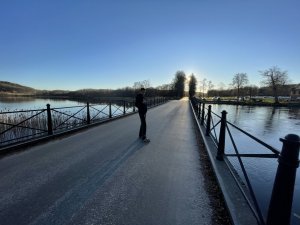 I sometimes feel like I’m neglecting Embla, even though she keep on getting tamer and more forward to people.

I know it’s just my own emotions and feelings. Which makes me a bit distance to my bunnies right now. I’ll make sure to get a bit more bonding time with Embla next week. At least she binkies every day and wake me up around 9 am.

At least here are a few pictures of Toste and Odin. From the last couple of days. 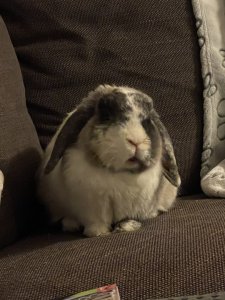 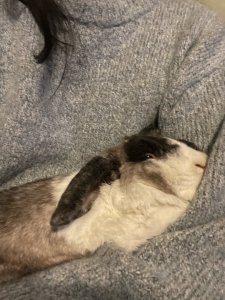 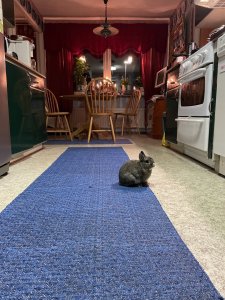 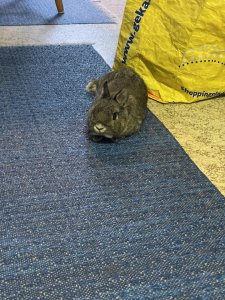 The last rose blooming battling the frozen cold and frost. 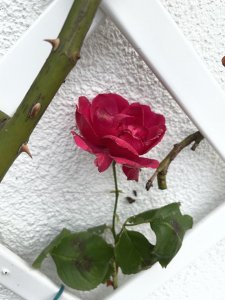