I just wanted to introduce the new family member Loke who is a stray my work colleague caught. We are still searching for his owner. Today he’s staying a night at the vet for treatment but he will become better and recover. So tomorrow he’s coming back home again. 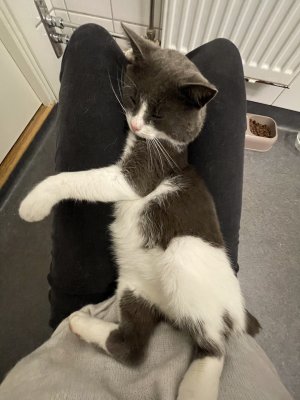 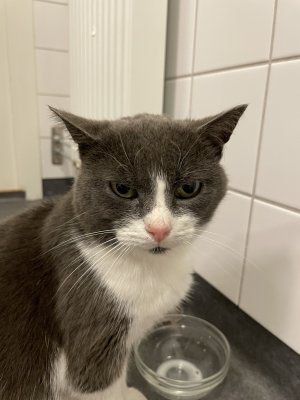 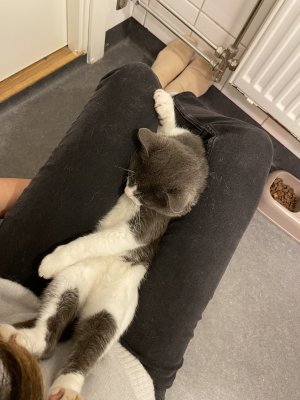 Aaaww! What a snuggle kitty!

He truly is and also super kind. If I don’t find the owner I would want to adopt him specially after standing for a certain sum of his vet care. I’m splitting with a cat shelter who could help me out but don’t have the space to take him in. They could also help me find him a new home if we don’t find an owner and he’s not working out with the buns.

At least today he’s coming back home from the vet. Fenris reaction when she hear his meowing, it will be a slow introduction for the buns specially for Fenris because she seems to react more. First scent and sound and later on visible. It’s the same for Loke. 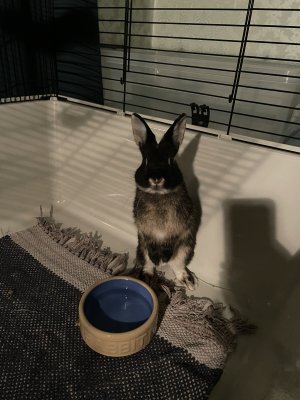 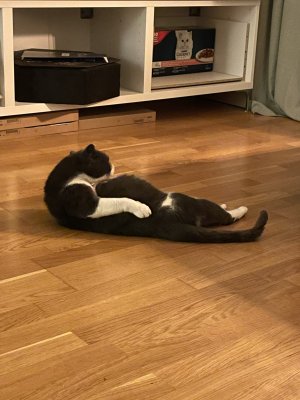 Now all my bunnies have changed if it was Odin, Embla and Toste they wouldn’t care about Loke. While Fenris, Freja & Tyra will need time to get used with Loke. At the moment they are getting used to each other scents while Loke don’t dare going into the bunnies room after he got scared of Tyra while Tyra was scared of Loke. Overtime I’m quite sure they will accept each other and Loke have a good personality of an older calm cat. Turned out that he might be a lot older than the first 3 vets thought and he’s estimated to be 6 years or older. There no stress about introducing them, they can get used to scent and sounds, later when more used they can see each other through the fence and slowly build it up.

They would only be together during supervision. 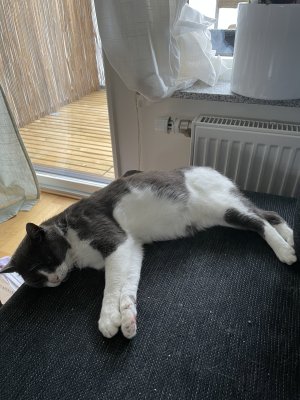 The 18th october we are going to fix his teeth that have been damaged by some trauma. It'll be interesting to see how he and your buns do with each other. 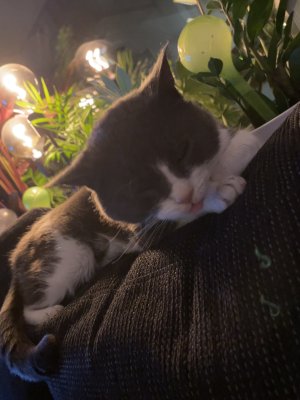 I go from one territorial urine marking to the next one. I can tell you I prefer the buns urine markings because they don’t stink while Loke can clear a room with his urine. You can even scent it outside the isolated apartment door but I solved that situation by getting litter tray deo, placing the buns air purifier in the living room and getting odor absorber placed near the hallway. As to prevent his stinky urine scent to fill the apartment complex.

I need to air the apartment and I wash/clean every day. So when I’m not home Loke gets locked into one room as to make the cleaning easier. Next week he will be castrated and the week after is Tyras turn. I’m truly hoping that castrations will help with markings and his strong odor. 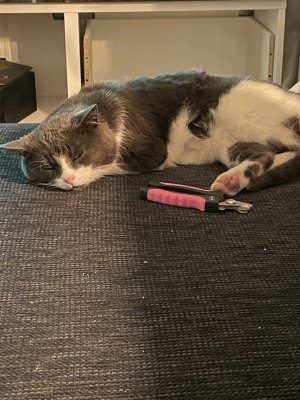 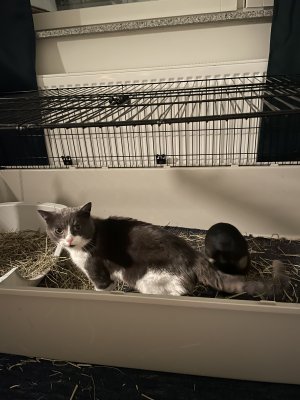 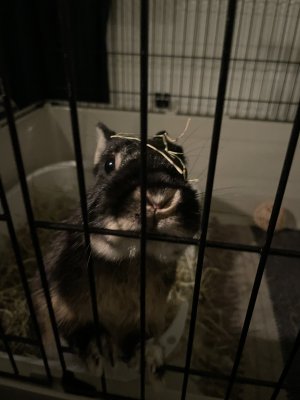 The hectic chaos with a bunny and cat. Loke is being bullied by Fenris, she will even nip me now and boss me around to move out of her way. While I shouldn’t start the dynamic between Tyra and Fenris.

All too often I will hear Loke scream meowing and that means he’s been cornered by Fenris somewhere in the apartment or being chased by her. So I always need to save him. While when I catch them Fenris will be all cuddly and happy as if she wasn’t messing around with Loke. He can sit near the door and she can sneakily go up and nip his tail. He’s been corned into her cage while she was jumping outside. He was meowing because he wanted out

So now Loke is trying to stay away from her and will escape when she seem too focused on him. Fenris isn’t scared of Loke. She will do binkies and zoomies around the apartment but she always have time to mess around with Loke. He can be asleep and she will go nip him as to make him move away. She’s starting to do it to me also but I just ignore her nippings.