Hi everyone, it breaks my heart to post this because I absolutely love Charli, but I want her to have the best life. This is Charli my female Holland lop. She was born March 16th 2020, and is almost 1 year 7 months old. I rescued Charli in December 2020 after seeing her in a shelter. She had been previously abused by her owners and I adopted her and had her spayed the same month. I have had her with me living free roam ever since. She had a lot of fear-based aggression when I first adopted her, and now she is like a different rabbit. She still will nip every once in a while, as it has taken her a year to become trusting with human touch again, but her progress has shown improvement. She is super sweet, curious, sometimes sassy, and enjoys spending her time running through her tunnel and getting treats. I have since moved where my dog will now be on the same floor as her, and I do not want to risk her being injured or worse. She has been socialized with other bunnies before, so it is possible for her to be in a home with other bunnies after the bonding process. As I said, I care about this bunny so much, that I would love to rehome or possibly have a long term foster home for her to someone that would be able to free roam her, give her much attention, and be willing to help her progress even more with her trust. 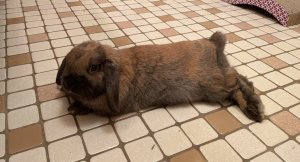 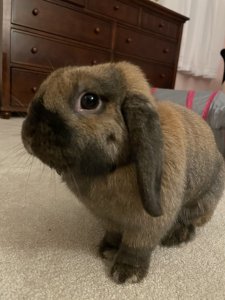 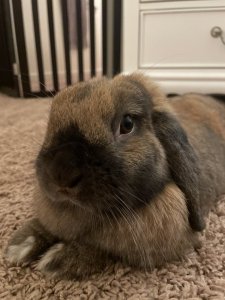 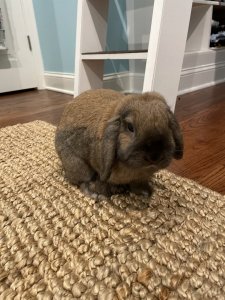