I've been nervous about bonding my flemish giants because they're so big and one of them is rabbit aggressive. Mrs Brown (3.75y/spayed/10lbs) has been living next to her son Gobi (2y/neutered/17lbs) and Jackson (8y/neutered/4lbs/deaf and blind) for ~2 months now, separated by a baby gate. Mrs Brown has met Jackson before and not really had any problems. 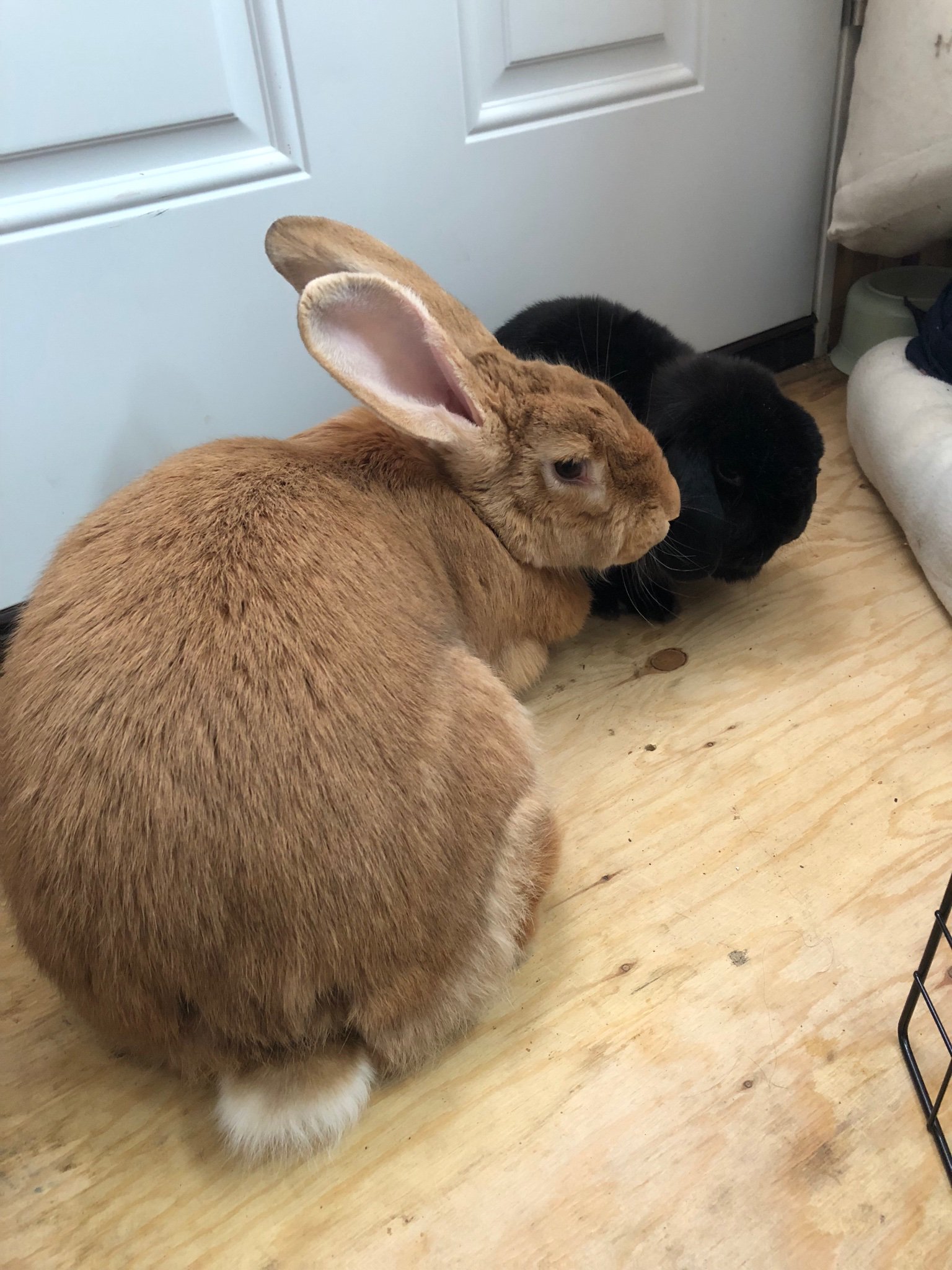 Every time Mrs Brown and Gobi have gotten to each other in the past they have fought without hesitation. Before though they had little to no access to each other because they lived across the hall from each other and would challenge each other through the baby gate in the few instances where Mrs Brown would venture over that far. They've been living side by side for 2 months, able to see and smell and hear each other. I even feed them close to the gate so there wouldn't be too much food aggression.

I've switched their litter boxes and beds back and forth and they don't seem to really care much more at this point than they would if i had just picked up their bed or litter box and put it back down. Gobi and Jackson don't hang out by the gate anymore unless it's feeding time, Mrs Brown hangs out in her litter box all the time anyway so i dont think it's a territorial thing so much as just a habit and her box happens to be right there.
I'm still nervous about introducing them though. Just because they don't seem to mind each other through a gate doesn't mean they won't still be at each other's throats when there's no gate between them.
Does anyone have any suggestions for what might be the safest next step to bonding these titans?
You must log in or register to reply here.
Share:
Facebook Twitter Reddit Pinterest Tumblr WhatsApp Email Link